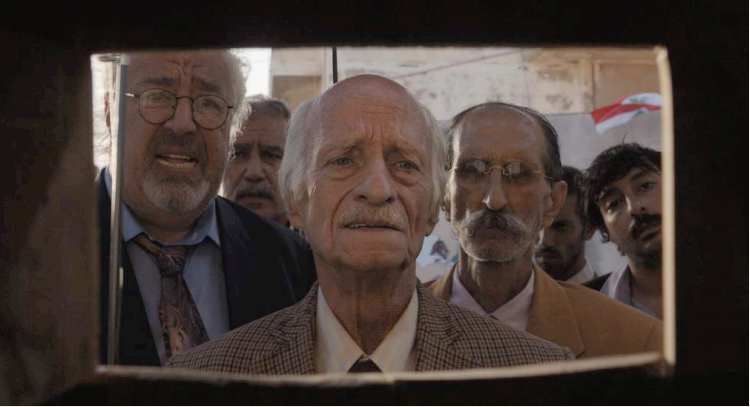 The President’s Visit takes a farcical look at impressing the powerful by any means necessary. Director Cyril Aris’ little film has been making quite a mark on the film world, having been selected for over 50 high profile film festivals around the world and talking home the Grand Jury Prize at Nashville Film Festival.

The President’s Visit to the tiny seaside factory of the Sultan of Soap becomes a complete washout!

Lebanese Director and Screenwriter Cyril Aris earned an MFA from Columbia University in the City of New York, and taught Film at Columbia University, NHSI at Northwestern University and Barnard College. His debut feature documentary The Swing had its world premiere at the 53rd Karlovy Vary International Film Festival and was called “Intimate and moving” by The Hollywood Reporter, reviewed as a “meditation on truth, love and lies in the face of illness and death”. Cyril’s previous credits include short film Siham, winner of the jury award at the Palm Springs ShortFest, he produced the award-winning film Submarine, which played in competition at Cannes, TIFF and SxSW, and is currently developing his first feature It’s a Sad and Beautiful World.

THE PRESIDENT’S VISIT (Official Trailer) from Cyril Aris on Vimeo.