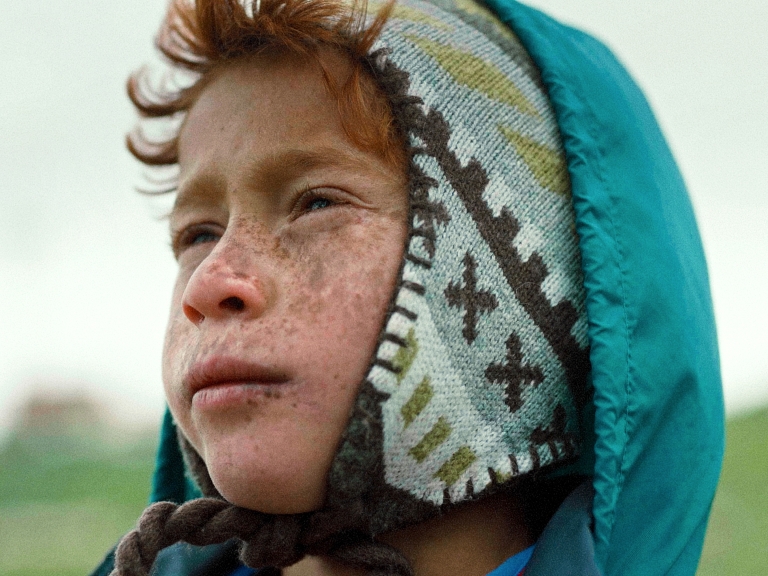 When I started watching this short film, I wasn’t prepared for a story so realistic and contemporary. Based in a small Tunisian village Brotherhood tells the story of a family of farmers living a simple life made of basic means. Their daily routine is distraught by the sudden return of the eldest son, Malek, from Iraq with a Syrian wife after he joined the Islamic State of Iraq and the Levant.

The dynamic of the story is very simple: a discording father who no longer trusts his son and wants to report him to the police, a protective mother who is just relieved to have her son is back home safe and the two brothers who are still too young to fully understand the situation around them….and yet nothing in this story is as predictible as one would think.

Mohamed Grayaa’s interpretation as the ‘Father’ is perfectly in tune with the hard and sentimental nature of his character and the overall story line. His confrontation with Malek, strongly interpreted by Malek Merchergui is what keeps the story unravelling to an unexpected ending.

The mother is played superbly by Salha Nasraoui and in her interpretation she release a deep sense of love and sacrifice that every mother has for their children not matter what the circumstances are.

The little brothers interpretation is genuine and intense. They are instrumental in the story being one of the reasons why Malek decides to return home and face his father dissension, despite the risks of being arrested. The other reason is Malek’s new wife, whose delicate and brief interaction reveals the most tragic truth of the war.

The brilliant director behind this film, Meryam Joobeur, has truly managed to raise questions with the difficult subject of the war in Iraq in an unusual and intimate portrait of the people who are personally effected. The location settings at the beach and in open fields enable the spectator fully empathise with the emotional message of the story.

This short film is truly an unmissable  journey to the dry land of a war that nobody can yet understand. You will not be disappointed and we think it is Oscar bound!