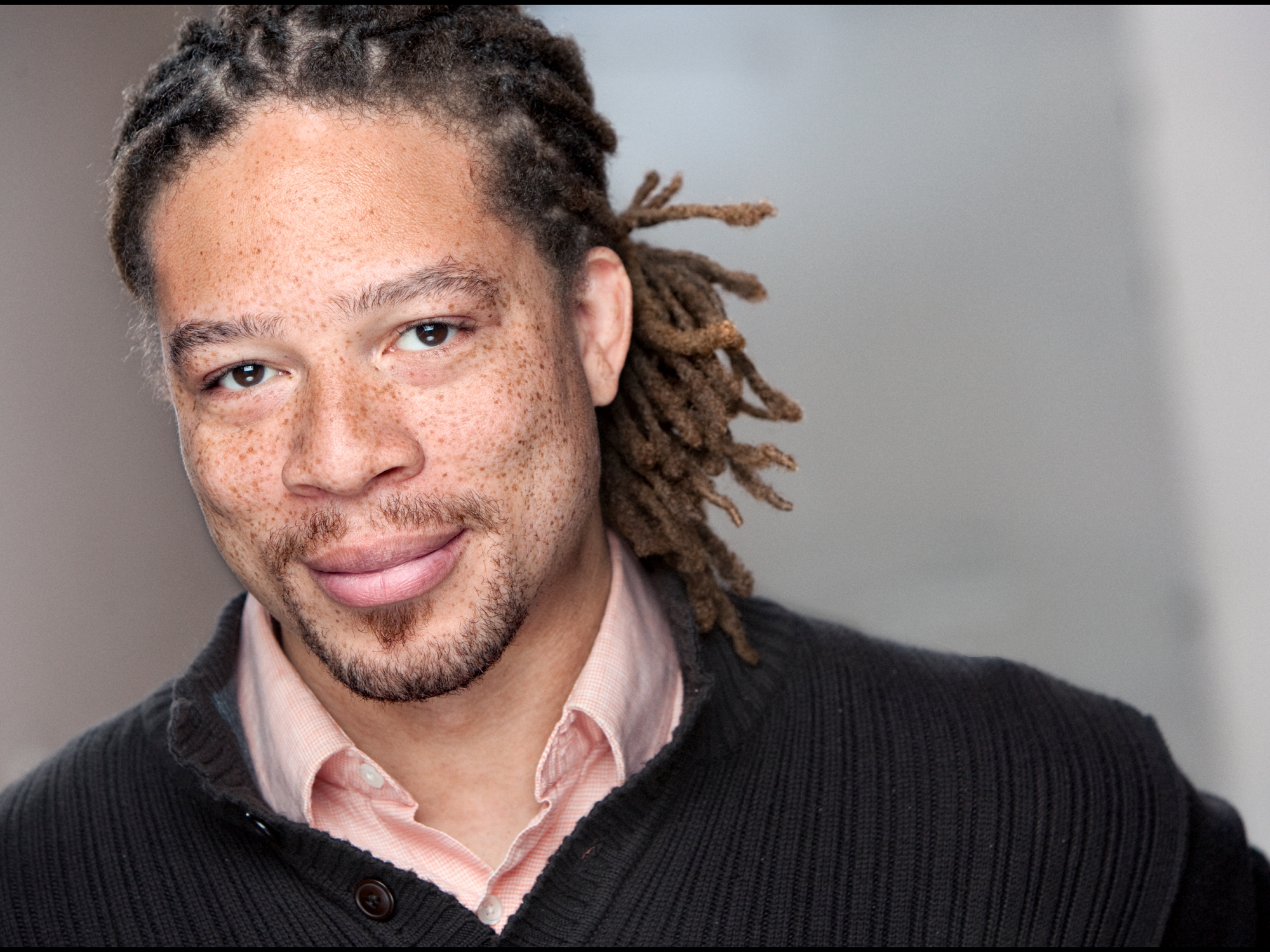 Arts Muse Magazine had the absolute pleasure of speaking to the phenomenal director Lanre Olabisi on his film A Storybook Ending, a film which couldn’t be more relevant today. We had a chance to ask him why he wanted to tell this story, if he has ever experienced bias in his own personal life, the soundtrack and music that fitted so perfectly in this film and what he plans to show in his feature film of the same name.

Your film has an unspoken truth that rings from the first opening scene right to when the credit’s roll. Did you ever experience the bias represented in your film? Did it impact the way you directed and wrote this story?

When I was 14, I was riding my bike down the street and a cop pulls me over and frisks me because he said that I “fit the description” of someone he was looking for. I grew up in a very quiet suburb in New Jersey so that moment always struck me as odd. Then when I saw what happened to James Blake back in 2015, all of those memories started to rush back.

For those who are unfamiliar with the story, James Blake is a retired Black tennis star. In 2015 he was standing in front of the Grand Hyatt Hotel in New York City waiting for a car to take him to the U.S. Open Tennis Tournament. All of a sudden, and for no apparent reason, a plainclothes police officer tackled Mr. Blake to the ground without ever announcing himself. The officer later claimed that he “fit the description.”

I’m 6’2, 240lbs. I wrestled at the University of Michigan. I practice jiu-jitsu. I know how to defend myself. This incident actually scared me because I have always been acutely aware that I may just “fit the description” once again someday. This led me to ask myself a slew of questions that all started with: what if?

What if that happened to me? What if I fought back? What if I hurt the officer? What if I ran away in a panic? Fortunately, I never had to make this choice, but the main character in this film, Wale, does.

Whether or not it impacted the way I wrote and directed the story is really a tough question to answer. I can’t say that it consciously had an impact, but I also believe that every experience that I have ever had in my life impacted the way that I directed and wrote the story.

I must say the soundtrack choice was inspired. Carmen Suite no.1 was a very craft choice, and set the tone for the rest of the film from the very start. What was your thought process when choosing that particular aria? Does it, or any of the other music you chose for this film, hold any special significance to you?

I knew that I wanted the music to set the tone for the film from the first frame. Carmen Suite no.1 was used specifically because it lightens the mood, which gives the audience permission to not take the images that are coming at them too seriously.  This helps because when the moments of levity do come, they feel free to laugh as opposed to being confused by any tonal shifts in the film.

I love the musical choices Kubrick made with A Clockwork Orange and what Danny Boyle did with Trainspotting. Both films are very dark at times and the music often plays contrary to what we see onscreen. I was inspired by these two films specifically and set out to play with music in a similar vein.

My thought was: what’s the least likely song someone would expect to hear at this moment that could actually work for this scene? With that as the starting point, finding the right songs became infinitely easier.

The film was a shot by shot of stylized lush, modern neo-noir glamour, and held a certain level of gravitas that gave it a chilling realness. How did you manage to create the unique stylized look of the film? Was it a natural happenstance, or purposeful in its creation?

The look of the film came from many conversations with my Director of Photography Piero Basso. He shot my second feature film Somewhere in the Middle and we really see eye to eye artistically.

Since I always wanted to play with opposites throughout this story we thought it would make sense to use the stylized visual touches of neo-noir cinema while avoiding the stylized acting that often accompanies such films. We thought it would be effective to have naturalistic, honest performances with a heavily stylized look thereby continuing with our overall themes of contrast.

Your film came out during a very charged moment of black history. What do you hope the film contributes to this moment? How much of a role do you think stories such as yours will impact the momentum of such a movement?

There is an aspect of the story that feels timely for many people, but if you think about it, you could really tell this same exact story for the past 100 years and it would still feel relevant. But if this short film can add to the conversation on race, class, police violence, privilege, colorism, and class in some small way, that would be amazing.

When I make a film I make a point of subverting stereotypical depictions, stories, and characteristics of people of color. I wish to show us (POC) in ways that we have not seen portrayed on film, by veering away from the usual expectations.

With A Storybook Ending, I wanted to place a group of African-Americans in a situation that I have never seen onscreen – inside of a neo-noir dark comedy. I thought it would be fun to tackle this genre given the dearth of these types of stories with African-American leads.

I really love what’s going on right now in TV and film – we are starting to see stories and roles open up that just wouldn’t have been fathomable even ten years ago. I can’t imagine seeing something like Watchmen or Us growing up, so seeing it start to happen in a meaningful way is refreshing. And I hope that people continue to see boundaries pushed.

There were moments of dark satirical humor dispersed in your film. When dealing with such a heavy topic, is on-the-edge humor necessary to balance out the savageness of reality? A, if we don’t laugh, we’ll cry, type of situation?

I like using comedy to highlight dark themes because it throws the audience off-balance. People open up when they laugh and once you do that, you can punch them with something really hard and extremely dark. If it’s dark all the way through then a wall forms between the audience and the film and there is the risk that they will not be able to fully engage with the film. Ultimately, I felt that it was important to lighten things up so that the audience could swallow what at the end of the day is a particularly dark story.

You have a magnificent cast that truly did justice to the story you were weaving. How did you go about sourcing them, and what was some key direction you had to give?

Carra Patterson (Claudia; the wife) and I met a while back when she was teaching at the New York Film Academy with me. She was in the Acting Department, but I had never seen her act before. When she was in JITNEY on Broadway, I made a point to go see it and Carra was outstanding. I knew I wanted to work with her at some point, so when the opportunity arose with A STORYBOOK ENDING, it was really a no brainer to give her a call. Luckily, she accepted.

Carra is actually the one who introduced me to Rotimi Paul (Wale; the husband). He and I had actually trained at the same acting studio (Esper Studios) and we hit it off right away. I knew immediately that he would be able to nail it.

I found Toni Ann DeNoble (Virginia; the female criminal) and Sawandi (Gonzo; the male criminal) through the casting process. I had a wonderful Casting Director by the name of Lois Drabkin who brought in some really fantastic actors, but these two really stood out for me and it was such an amazing experience to work with all of them.

It was probably one of the most enjoyable experiences that I ever had on set. Everyone was so warm, kind, open, and willing to go to whatever lengths to make the scenes really pop.

Lastly, this film was based on a feature film you have in development. Would you like to share with us more about that?

Part of the reason that I made the short was to raise awareness for the feature. Hopefully, I have accomplished that because I am even more excited about the feature than ever before. All of the lingering questions from the short are answered in the feature film. It still deals with a black man accidentally killing a white cop in self-defense. But the feature is actually told from seven perspectives from disparate characters who all become embroiled in a web of theft, mistaken identity, blackmail, and murder.