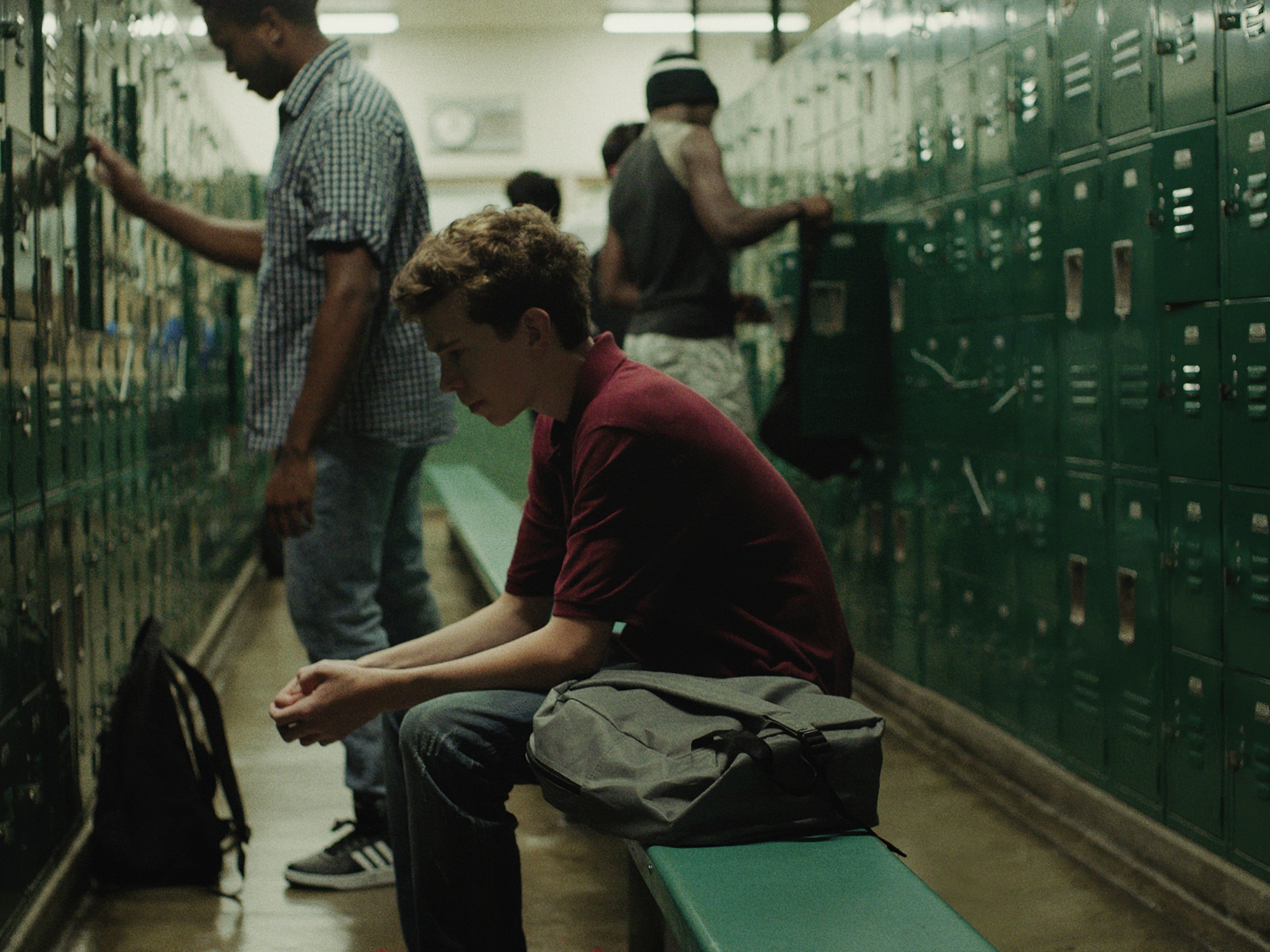 For many of those who identify with the LGBTQI truth, now is a time of great importance, as the community thrives and the world learns to be a little more human to our fellow man. Being vilified for who you are and who you chose to love is seen as your due if you dare try to leave the confines of the labeled box you were born into. Children are born with no hate in their hearts, but rather it is the nurture and influence of their life that twists their perspectives from something pure to a dark and convoluted beast. Director Farbod Khoshtinat takes us on an explorative journey of two such boys, whose innocence and friendship shattered when faced with the cruel toll of time and misplaced aggression on their lives.

In this heart-breaking short film, Farbod explores the harrowing aftermath of a repressed life that leads to the oppression of those who were once friends.  This film opens with an introduction to two little boys in static VHS footage, playing with the carefree spirit only children can have. What should be a sweet moment in the past, leaves an ominous thrill in our hearts and sets the tone for the remainder of the darkly spun tale. The cinematic language of this short film screams out its gloomy premise in each distressing shot; the bleak greys, moldy greens broken up only by the violent splashes of red.

The rage in this film is like a silent tsunami that attacks in roaring unrestrained waves, that hide a deep fear and self-hatred. The continuous score devised by Farbod and Artem Semenov sets an eerie tone behind these attacks, both the physical and unseen hits at old wounds. It leaves the viewer on the edge of their seat, knowing there must be more to the unraveling of this contused and complex relationship, than appears at first glance.

Throughout the film, performances by Trace Talbot and Asa Germann further reflect the long-held suffering and shared pain of these two young boys. Their pain seems to stem from each other, each one inflicted untold hurt on the other, ending in the culmination of the tragic end to their stories. Both boys portray the grittiness and grim reality of their surroundings with every expression, word, and action. There is a lot of hate festering in the air, but there is also a layer of desperation and need, and as the truth is read out, this hate overcomes any past feelings, and blind rage is all that is left.

In the truly chilling closing scene, with the cries of a confused and hurt child still ringing in our ears, clarity dawns.  The specter of a mother, who makes no physical appearance, first set the ball rolling down this path many years ago, setting up these two little boys for a legacy of hate that goes beyond her and will follow these two young kids for the rest of their lives. I have no doubts that this film will leave audiences enraptured and will hold fast to our thoughts for quite some time.